Conversations with Lostboycrow: Community and Purpose 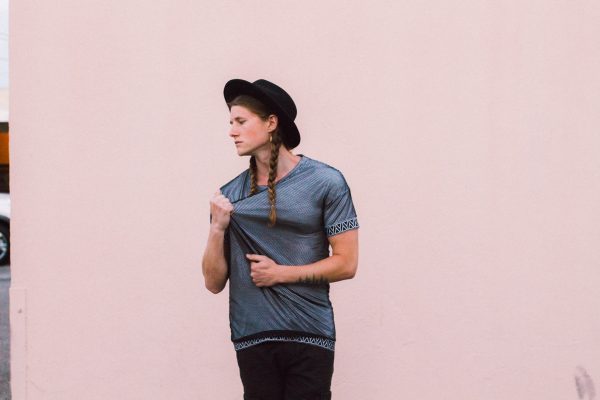 On a rainy day in February, Lostboycrow says he had some time to reflect on what he’s been doing, and why he’s doing it. That day he posted a video on his Instagram story journaling his idea of community and purpose.

“I think anyone in life is always searching for their people and their community,” he says during a phone interview several weeks later.

As part of Pop Punk Please’s series, Conversations with Lostboycrow, I talked to him in depth about the idea of community, which people strive to be a part of, and purpose, which gives meaning to life.

“It’s about finding your people in life, and your passions are going to end up being your purpose,” he says. “I think a lot of people deny themselves that, but whatever you’re passionate about will guide you towards your purpose.”

Community and purpose are intertwined. When you find your community of friends, family or fans, they become your supporters. Their love and devotion becomes validation for your purpose.

He mentions that the industry tends to focus on record sales and touring. But at the end of the day, it’s the community of fans, and even other artists, that keep a musician going.

“Music is about friendship and encouragement. It’s about the Beach Boys trying to make an album even better, just as innovative as The Beatles and vice versa,” he says.

Music, in particular, creates deep-rooted communities. When you hear a song you identify with, it feels like there is an omnipotent force that resonates within your soul – there’s a spiritual quality, which Lostboycrow says he connects to.

“I was raised in church, but I always felt closer to whatever the idea of God was when I was listening to Eminem or Weezer up in my room,” Lostboycrow says of his personal relationship to music.

He sites My Chemical Romance and Blink-182 as bands that create a sense of community, and that feel like “a movement.” Twenty One Pilots, he says, brings this community and spirituality to life in a concert setting.

“That’s far more of a spiritual awakening or experience, so to speak, for kids, and you can tell cause they love it,” Lostboycrow says of Twenty One Pilots. “It’s beyond words, really.”

“If you think about what music is – manipulating frequencies – it’s like magic,” he says.

“You’re essentially manipulating emotions by the music that you’re playing,” he says.“You’re creating these emotional scenarios that people can latch onto and relate to, even without words, and that’s why music is so powerful.”

That’s why you can hear a song in a different language and still feel an emotional effect, because you’re on the same wavelength, Lostboycrow remarks.

“It’s definitely the universal language,” he says. “It is God in a sense – whatever you believe God is. It’s how we all connect.”

As an artist contributing to this connection, he likens his music to a “symbiotic relationship between you and all the energies of people around you.”

“I have to open myself up to these moments of pure empathy when I can feel people around me or scenarios around me, or feel certain things that make my imagination run wild with what-ifs,” he says. “If you open yourself up to that level of sincerity and vulnerability in songwriting, then you’re just recycling that background to the people you’re drawing it from, and writing it for as well. So they’re going to latch onto it.”

Lostboycrow says songwriters start out writing songs to know that they’re not alone in their feelings.

This is how community is formed. It’s a sense of belonging that validates your purpose. It all comes back to community and purpose.

Lostboycrow will be releasing the first Legend of his debut album Traveler on May 26th. Meanwhile, watch the stunning music video for “Devil’s in the Backseat.”