Lostboycrow – The Boy With a Vision 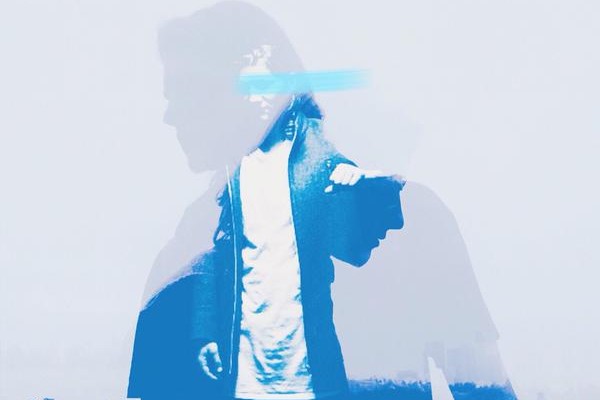 Los Angeles solo artist Lostboycrow, who chooses to be identified as his artist name, dreams of one day performing on Saturday Night Live. “Personally I just want to make music, write songs and be known as a storyteller and a performer,” he says. Lostboycrow crafts a unique fusion of R&B and pop sounds with his soulful voice that stands out from the crowd, proving that he will be around for a while.

The identity of Lostboycrow is not a stage name or a front – the name holds bigger meaning. Talking on the phone with Lostboycrow, it is apparent that he draws influence from everything in his life, whether that’s his discovery of Journey as a high school freshman, his competitive athletic side or his roots growing up in the Pacific Northwest. “I think that’s why Lostboycrow has been able to go the farthest of any venture I’ve been a part of,” he says. “I feel like it’s just my identity. All of these things just kind of bleed together.” The passion in his voice is clear and driving, making it obvious that he believes whole-heartedly in Lostboycrow. The name itself sits close to his heart.

As a young boy traveling with his family, he began to connect with the story of the Crow Indians in Montana. “I would read stories about them and it almost felt like I was remembering things and learning about things,” Lostboycrow says. “It was a beautiful, untouchable explanation. I wanted to have a name that played homage to something bigger than myself, and yet something that was unique to me and my experiences.” Creating an identity for himself also created an identity for his music.

He says his art is unlike anything he’s done before. His first song “Adolescent,” released in December 2014, presents smooth vocal melodies accompanied by electronic pop elements and R&B undertones. Lostboycrow followed up a month later with “HiyHiy,” showing off more of his lyrical abilities that bring us lines such as “I’m the midnight ride, I’m that ancient pride that can never go away” and “I don’t believe you know what I can do / I’m a medicine man.” The song dares listeners to question his passion and serves as a clear indication that Lostboycrow is here to prove himself as a storyteller and an artist.

The songs quickly gained recognition with music blogs such as Hype Machine and Hilly Dilly. Lostboycrow has since released three more original songs, each more popular than the last. His music video for “Start Something” debuted on idolator. Lostboycrow says the response has been overwhelming in a positive way. “All in all it’s been really nice to read, but honestly it just makes you work harder,” he says.

Finding his identity was part of Lostboycrow’s journey, but moving to L.A. last year helped to bring out his art. He says he found his sound with direction from the right producers. (All songs have been produced by flor’s Dylan William.) “It felt for the first time like these songs had been in me my whole life. It was the right time, the right people, the right place and the right energy to bring them out of me,” Lostboycrow says. The move to L.A. was not just intentional but necessary.

Born in Portland, Oregon, Lostboycrow says he always knew he would move to California, even calling it his “long lost lover” in “Start Something.” In L.A., he has been fortunate to find a family of like-minded artists who have fostered his dreams. “When you work hard and have the right attitude and put a sincere foot forward, you’re going to attract people who also work hard,” he says. “It’s an unspoken community of artists and producers who are all coming up together. The people genuinely love each other’s music and support each other.”

As for the future, Lostboycrow says his goals come to him in visions. Listening to him discuss his wildest dreams with such passion and belief, it’s not hard to believe he’ll accomplish everything he sets out to do. A few of those dreams are performing for huge audiences and being known as a songwriter into his 70s. For now, Lostboycrow says fans can expect more music and a possible tour. “I’ve always had visions of going on to bigger shows and bigger things,” he says. “I have high hopes and I’ve always been the craziest dreamer. I don’t think I’d be even where I am now without that.”