Conversations with Lostboycrow: A Brief History 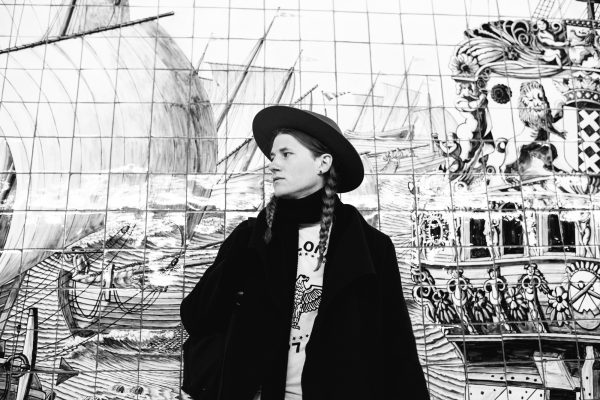 “I was this shiny new thing that people hadn’t really heard of or seen,” Lostboycrow says, referencing his popularity in 2015 on Hype Machine, an online chart for new music, based on blog popularity. Lostboycrow’s popularity used to come in the validation of hearts on Hype Machine, which can be a fickle endeavor. “People want to be the first ones writing about a new band. You can get a little too caught up in trying to make something for [blogs] or trying to make a story to keep their interest.”

Now he receives all the love he needs from fans on Spotify. A quick glance at his Spotify page shows nine million plays on “Powers,” with several other songs reaching the millions. “It’s almost like graduating,” he says. “We move from Hype Machine and now it’s Spotify and getting on these cool playlists. I’m really proud of the work I’ve done in the past few years.”

In the summer of 2015, Lostboycrow was a budding artist, distinguishable by his honey sweet vocals and effervescent synth lines. His songs were taking over the Hype Machine charts and were featured on indie blogs such as Hilly Dilly and The Burning Ear. Since then, he’s braved several tours, released his first extended play (EP), and traveled to Amsterdam to talk with a label.

Lostboycrow released his debut EP Sigh for Me, featuring “Powers,” in January 2016. This was the first packaged release for Lostboycrow after a career of singles. “It was exciting for me to finally make something that was supposed to be a group of songs, which is always what I’ve wanted to do and what I want to continue to do,” he says.

Sigh for Me was created in the summer prior as the brain child of Lostboycrow and producers Marø and Brian Morrison, whom he met through collaboration with another artist. “It was very clear that it was a project, a cohesive sort of story as well as sound, which is always great when those two can kind of align,” he says.

The EP itself is a story of passion, emotion and lust in a complicated relationship, driven by electronic soundscapes, fiery synthesizers, and thundering bass. While Lotboycrow’s singles stand very independent from one another, Sigh for Me is a smooth package, and dives farther into the electronic realm than his previous, pop-leaning work.

Sony Europe showed interest in Lostboycrow in the fall of 2016, which landed him in Amsterdam in November for a few showcases. While the trip led to a partnership with Epic Amsterdam for “Where It All Goes” and “Stay a Little Longer,” Lostboycrow says he will remain an independent artist moving forward.

Since the EP, Lostboycrow says he has been fortunate to work with a lot of great people, and now has a core team of producers in the studio who have seen him grow over the past couple years, namely Marø; Real Miilk, producer and sound designer; Dylan William, bassist and producer of flor; and Cody Tarpley, an artist under the same management.

“I only work with people that are going to entertain the complete madness of Lostboycrow and help bring me back down to this planet sometimes, but also just let me fly as high as I can,” he says. It’s inspiring to hear him talk about pushing boundaries in the midst of a music culture that makes it is easy for artists rise to radio popularity with cookie-cutter pop songs.

As a songwriter and storyteller, Lostboycrow is deeply in tune with his creative process. “I consider myself a vessel for all the energy that’s around us and all the stories that are kind of floating around us since the beginning of time,” Lostboycrow says. “And I feel like good songwriting and artmaking is being open enough to hear a song that’s there and wants to be found. I kind of just try to let if flow through me and see what happens.”

It’s hard to stay relevant when people consume music in singles and online streaming, but also demand more depth from artists. Spending hours in the studio over the past year, Lostboycrow is finding that depth in his music. He says, “It’s definitely pushed me into like ‘Okay, I’m an artist. I’m Lostboycrow. How do I show people that even more so?’”

Stay tuned for the next part of Conversations with Lostboycrow.