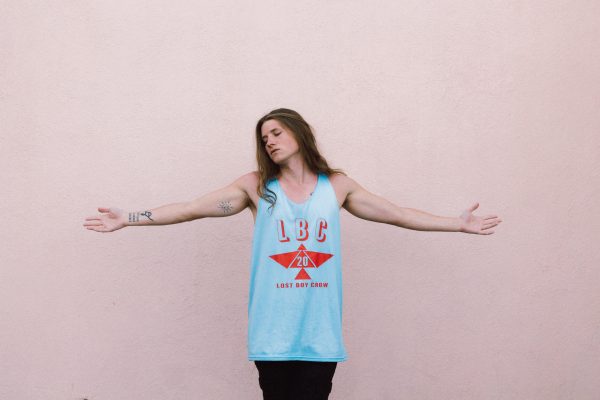 Words by Jenna Million. Interview has been edited for brevity and clarity.

Lostboycrow released a music video for “Real Name” this Tuesday, premiering on Billboard. The video follows the lost boy through an enchanting desert scene – a culmination for his past, present and future self.

Lostboycrow gave PopPunkPlease some insight behind the song and the video, and most importantly, his debut album:

“Real Name” is the second release off what will be my first album, and greater story entitled Traveler. The story will be laid out in three maps, referred to as Legends, over the next several months. “Real Name” and “Verona” are the beginning of that journey, and that start of this first Legend.

Read the rest our interview and watch the music video below.

PopPunkPlease: “Real Name” has references to your identity and name. To reference shakespeare – what’s in a name? But more importantly, how does this identity represent who you are versus who people think you are?

Lostboycrow: Naturally “a rose by any other name would smell as sweet,” but I believe each of us must embrace our own path to be known by in this life. You wont find ‘Lostboycrow’ on a birth certificate, or any government document, but the name was given to me by my experiences, my inspirations and aspirations. And that is what I wish to be known for. To create freely underneath the banner of everything dear to me. Who I’ve been, what I love and where I’m going.

PPP: “Verona” and “Real Name” have a similar vibe sonically, and in the imagery you’ve been using. Is this a theme? Can we expect more like this to come?

LBC: You could definitely say that. I am proud to say they are the first piece of an album I have been pouring myself into.

PPP: What is your favorite thing about this video?

LBC: Sam Miller and Joe DeSantis did an incredible job of capturing the magic of what was such a unique and incredible location all around us, but my favorite part was hanging out and dancing with Jaryan. That’s what it’s all about – overlapping mediums, collaboration, inspiring each other. It was just a blast and he’s such a talented human.

PPP: How do you feel this imagery contributes to your image as a person and as an artist, or is it the same?

LBC: I believe it is the same. From the title of the song to visuals that accompany it, I was able to create a world that collided all the aforementioned – who I have been: my past, my beginnings, my story so far; what I love: the art itself I’m honored to share, the music, the dance, the creating, the process of realizing you have all the tools you need.