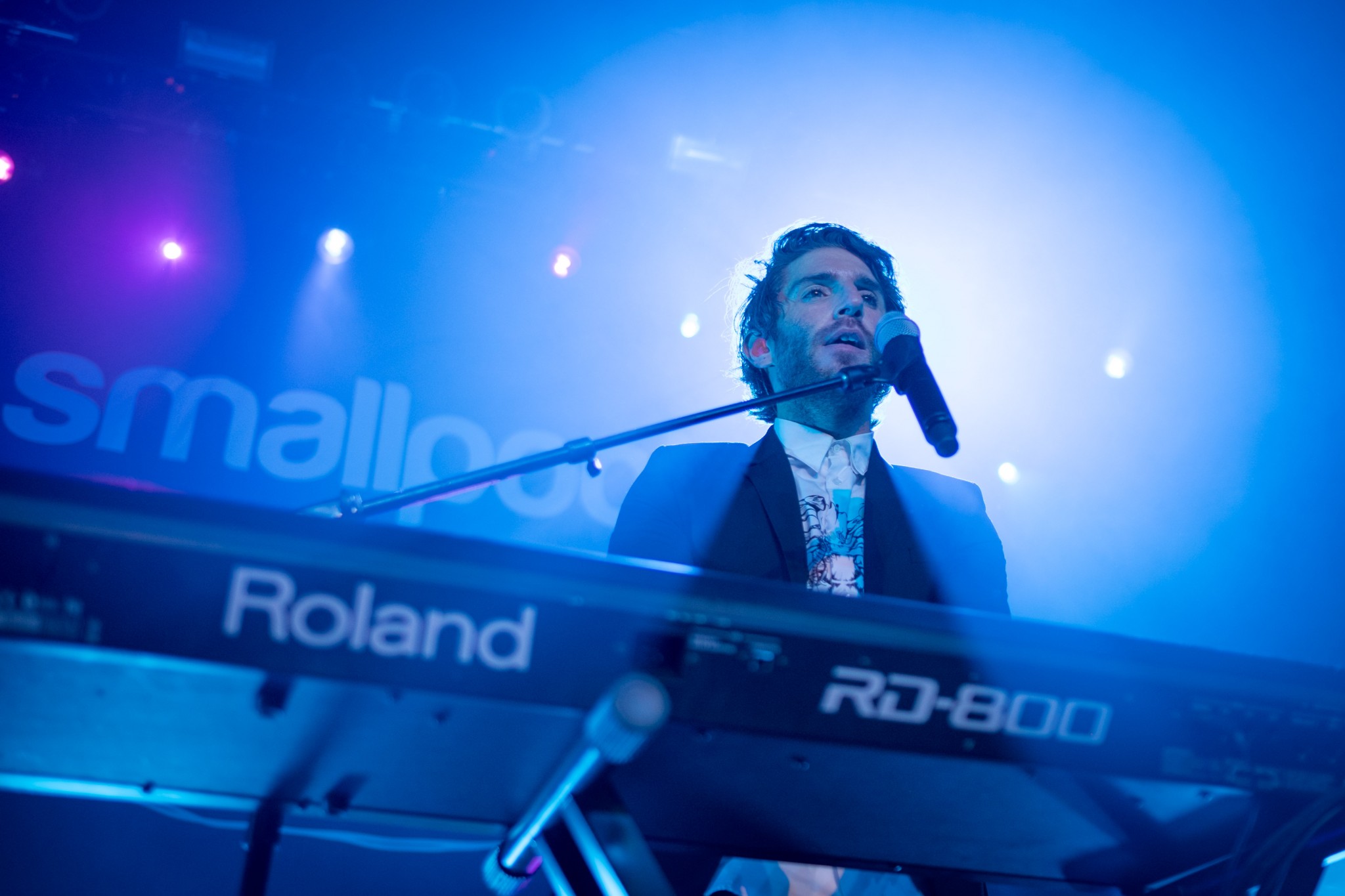 Smallpools played at Emo’s in Austin, TX on Nov. 13 with support from Magic Man and Panama Wedding. All photos of Smallpools can be found on my flickr page.

I’ve been following Smallpools since their inception as a band when they released “Dreaming” on Soundcloud a year and half ago. The band may be young, but they have accumulated quite a following with only a four-song EP, and recently released single “Killer Whales.”

When the band announced their fall headlining tour with Magic Man, they had Austin’s The Parish on the bill. The show was moved to Emo’s to accommodate a much larger crowd than The Parish’s 450 capacity ballroom.

The support from Magic Man and Panama Wedding, fellow indie artists, made for a night of great music. Panama Wedding’s Vampire Weekend-esque sound warmed the crowd up, while Magic Man got them in the dancing mood.

Having seen Smallpools twice before as an opener for Grouplove and Neon Trees, and once at Lollapalooza 2014, I was eager to see how the band would perform as a headlining act. Sure enough, they stepped up to the plate.

They know how to entertain an audience, not only through their music, but by stopping to share stories and to tell jokes, breaking down the barrier between the fans and the performers.

Smallpools’ set began with a symphonic intro, conducted by frontman Sean Scanlon dressed in a suit jacket, before the band jumped into “No Story Time.” The crowd’s reaction was instantaneous – screaming, dancing, and singing along. The energy in the room was almost tangible, and lasted until the last chord was rung and the last word was sung.

The four piece band played an hour set of songs from their EP and several unreleased ones as well, including “Bruce Lee.” After the song, guitarist Mike Kamerman announced that the crowd was the first people in Austin to hear that song, while Scanlon remarked that he tells that to every city.

In lieu of an encore, Scanlon gave an anecdote from the band’s beginnings. They used to search twitter to see what people were saying about Smallpools, and incidentally many people were tweeting about keeping killer whales out of small pools, giving way to the band’s newest single “Killer Whales.” Plastic, blow-up killer whales of all sizes were tossed into the crowd, bouncing around the crowd and flying through the air, adding to the excitement of it all.

Before ending the night with “Dreaming,” the band stopped to take a picture with the crowd. Scanlon jumped off the stage to join the crowd along with two small, plastic dogs, a tradition they’ve had since their first concerts. And although the small dogs are covered in duct tape from wear and tear, they’ve been their touring buddies and stage companions all the same.

With an LP set to release in early 2015, I can’t wait to see what Smallpools does next.