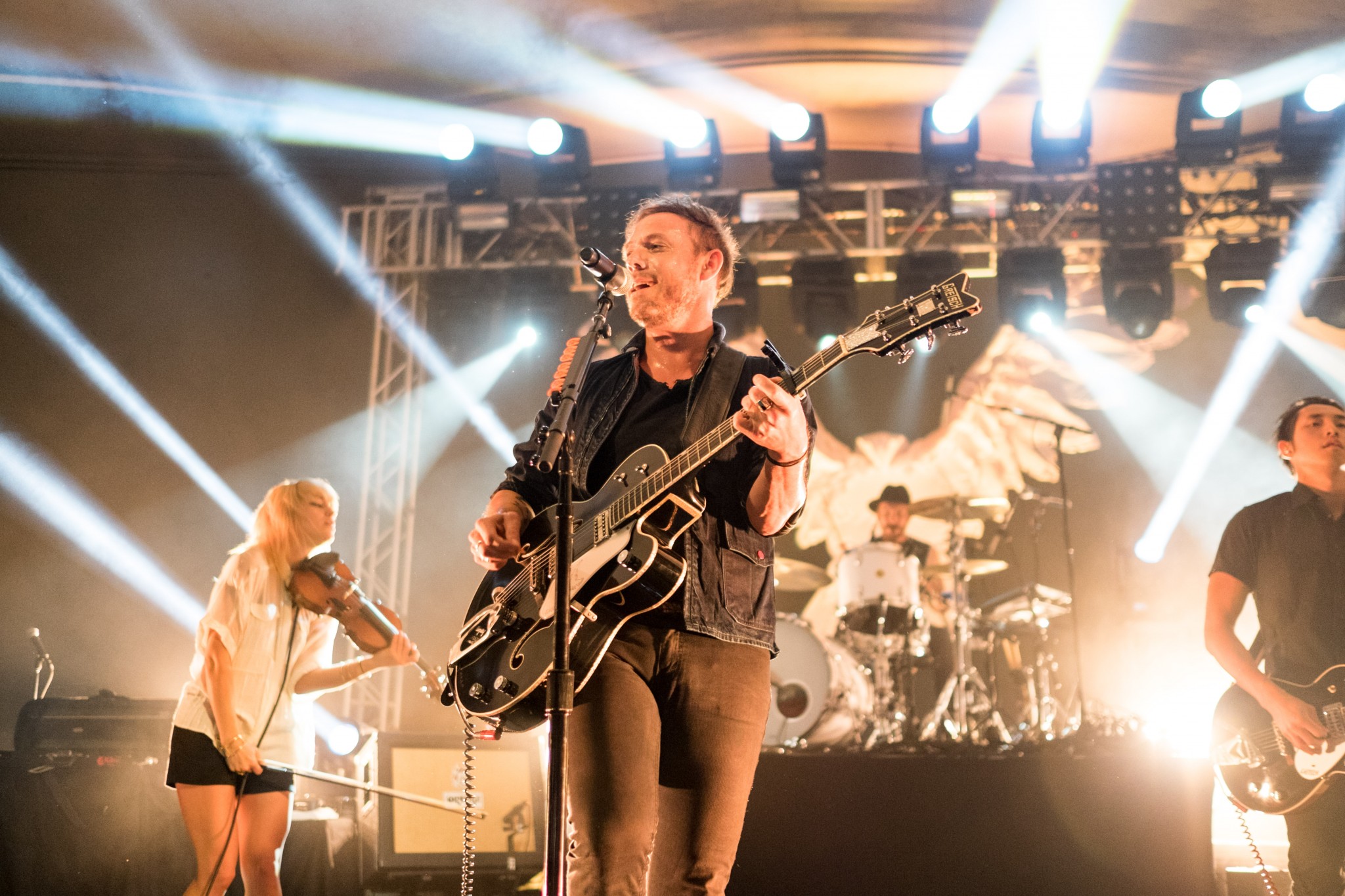 Airborne Toxic Event stopped at Stubb’s in Austin, Texas on Friday, as part of their North American tour. The tour started in San Francisco, CA on Sept. 18 and will finish in Denver, CO on Nov. 6.

Frontman and guitarist Mikel Jollett commented that their show at Stubb’s was the biggest show they’re ever headlined in Austin. The band and fans alike were thrilled to be there for the momentous occasion.

The band announced their new record deal with Epic Records and L.A. Reid on Sept. 9.

In the announcement, the band said “It’s great to be working with him again and the whole Epic team, and we can’t wait to put out our new album with them…”