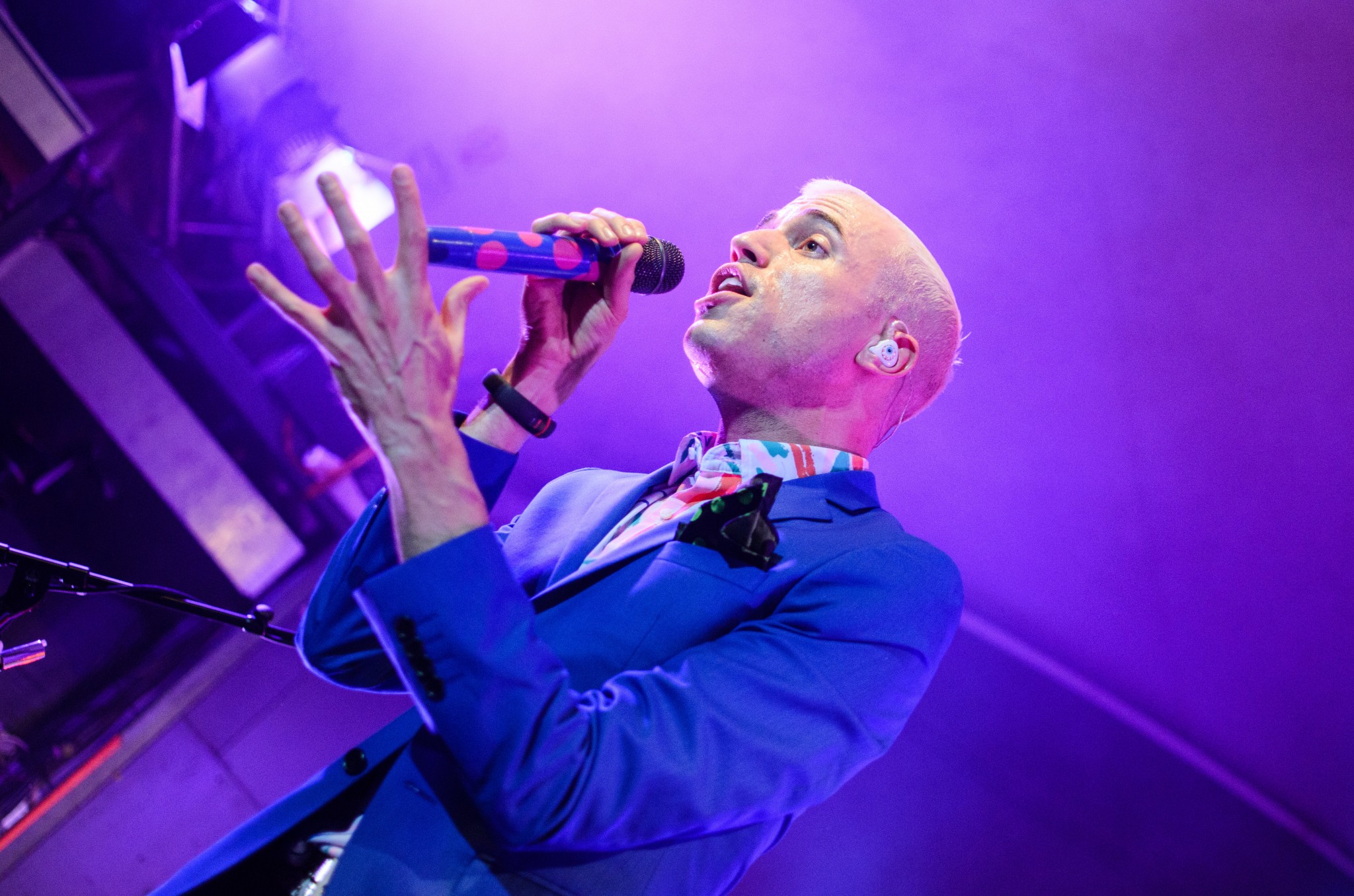 Neon Trees performed at Stubb’s on June 2, so I headed down to catch the show. The night was filled with high energy, funky clothing style and an impressive lights show. Four songs into the set, and I was already blown away by Neon Trees’ performance. Of course everyone knows the hits (like “Animal,” “Everybody Talks,” and their new hit, “Sleeping with a Friend,”) but the audience was thrilled by every song they serenaded them with. 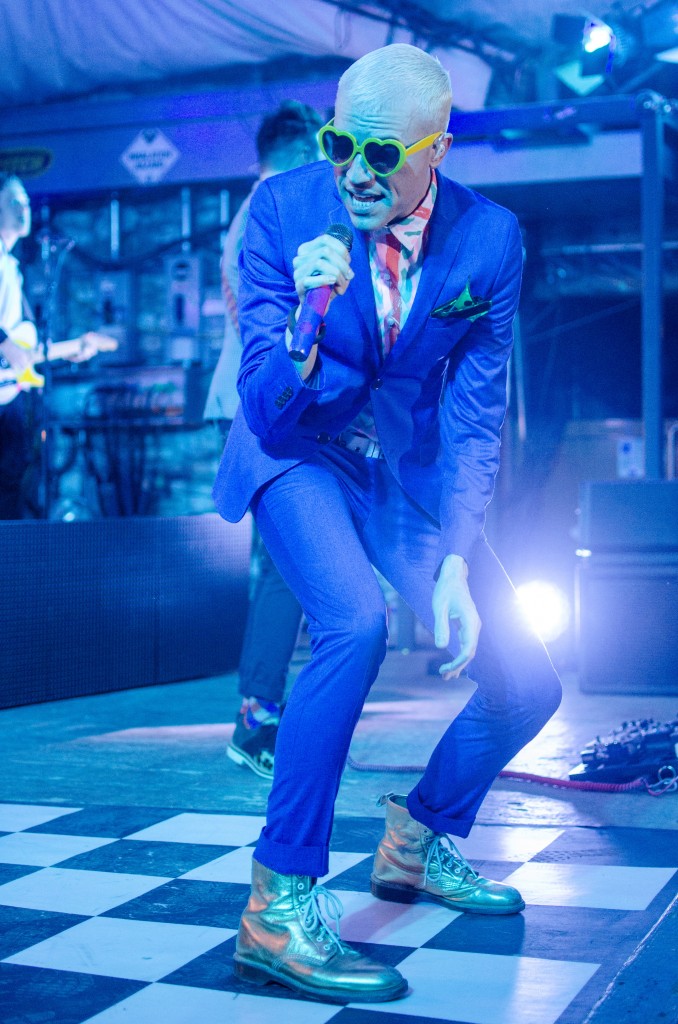 Elaine Bradley, drummer, even took a brake from drumming to sing a song with Tyler Glenn, lead vocalist. But of course not before she snuck back stage to change into a neon lime green dress. In fact, the whole band was stylin’ from head to toe from Glenn’s sliver Doc Martins and blue suit to Brandon Campbell’s, bassist, plaid socks and tweed jacket. Glenn was even adorned with yellow heart-shaped glasses and fashionably danced his was down to the checkerboard floor with his pink polka-dot mic stand.

The full list of dates on the Pop Psychology  tour can be found here.

Photos of Neon Trees can be found on my flickr page.

As well, Nightmare the Cat and Smallpools opened the tour.

This was not LA natives Smallpools’ first time in Austin, having previously played in April with Grouplove. However, I can say that in that two month time period, they have improved quite a bit as musicians and performers. Part of the crowd was singing and dancing along to their songs, a positive sign of their growing popularity. Although they only have released four songs, they played several new ones, too, from their new album to be coming out soon.

I can also say that Sean Scanlon’s, keyboard and vocalist, hair has grown to be about twice the size the last time I saw him. When Mike Kamerman, guitarist, took the stage, the crowd immediately noticed his black and hot pink tank with pop star Miley Cyrus’s picture and reacted by chanting “Mi-ley!”

Nightmare and the Cat

Nightmare and the Cat is another LA band who recently attended Austin’s very own SXSW. The band was formed by brother Samuel and Django Stewart. The band is made up of vintage guitar vibes and haunting vocal melodies. Each of their personalities were showed from their actions and attire, two members entering the stage barefoot. 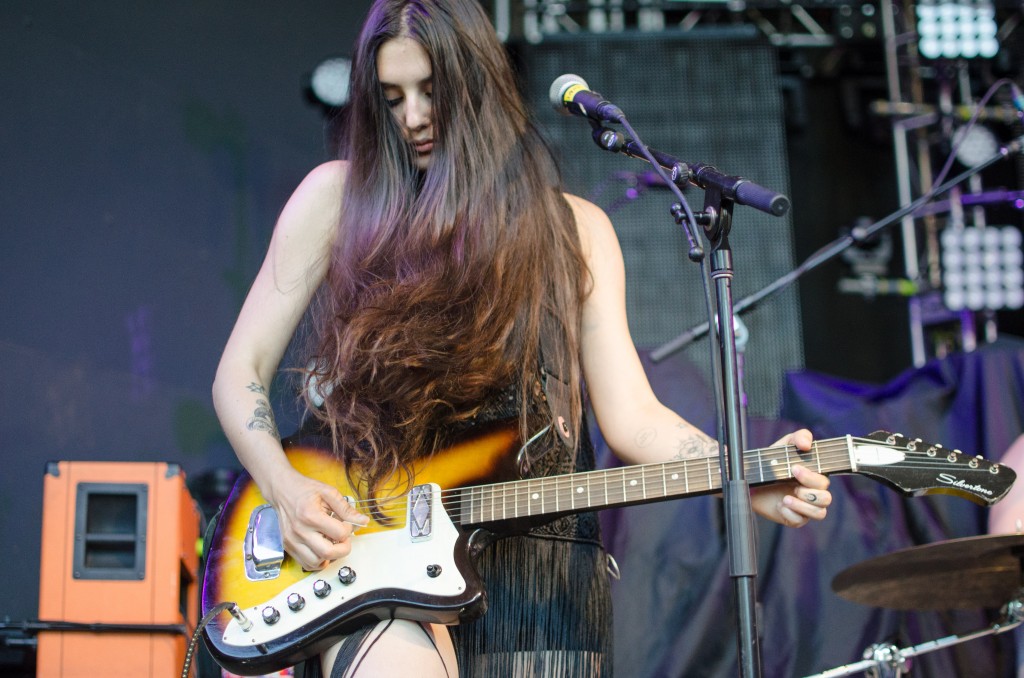