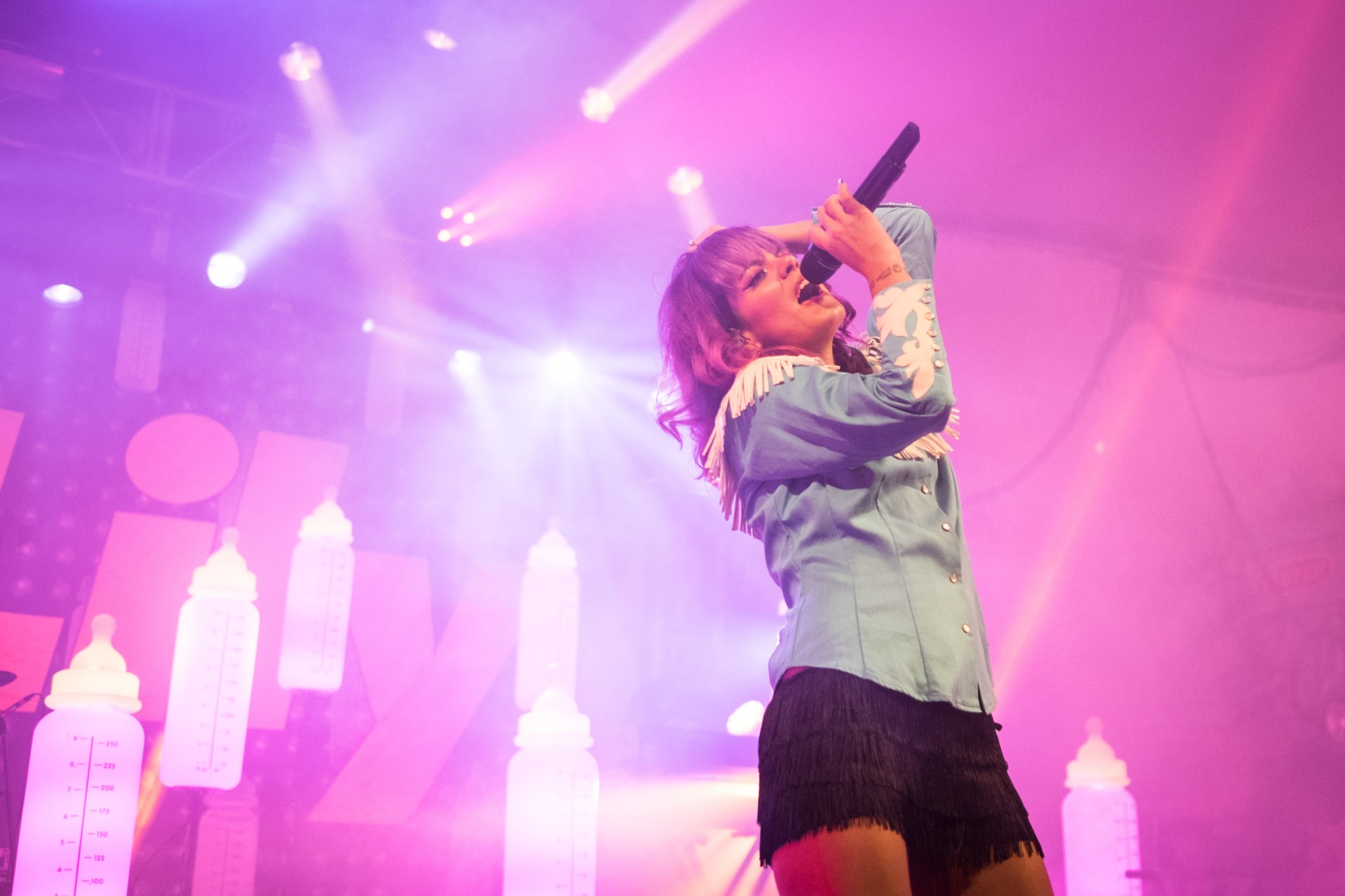 This is one of those times when I ventured out to see what many would call a pop show. And I didn’t really know what to expect going in other than just that: these are pop artists, putting on a pop performance.

All photos from the concert can be found on my flickr page, or by clicking on the photos below.

Samsaya’s confidence and stage presence is almost unexpected from an artist her size. The Indian-born Norwegian singer has enough personality and energy to fill the amphitheater, and if I didn’t know any better, she could have been the headlining act. Her music is a wild combination of hip hop and pop fused with her Indian and Norwegian roots.

She took the stage in style, sporting sneakers, black and white patterned pants, a mesh jersey-style shirt and a sleek, button-up black bomber jacket. And of course, not without her signature heart painted over her left eye.

After this performance, I’m looking forward to see her rocking the big stage.

Lily Allen strutted the stage with her back up dancers after a whimsical intro of her 2006 hit song “Smile.” As she proclaims in her song “Sheezus,” she wants to be the queen of female pop music, and that’s just what her fans view her as, screaming her name just for the chance to get a smile from her.

The UK artist was adorned in platform boots, a simple fringe cowgirl shirt and fringe skirt, which she soon discarded for a less concealing outfit, telling the fans she never spends her money on designer clothes.

After not having performed in Austin in, what she estimated to be, at least 7 years, Allen was ready to be back and performing for her devoted fans. This was to be a special show, saying that even her husband came out to see her perform.

As she sang, she strolled up and down the stage, giving love to all parts of the crowd, and stop every so often to dance along with her back up dancers.

It was easy to understand just how passionate her fans are. All the way in the back you could see fans dancing their hearts out, some even carrying the English flag, as love for Allen’s home country. Even those who arrived late to the show immediately ran into to crowd, singing every word.