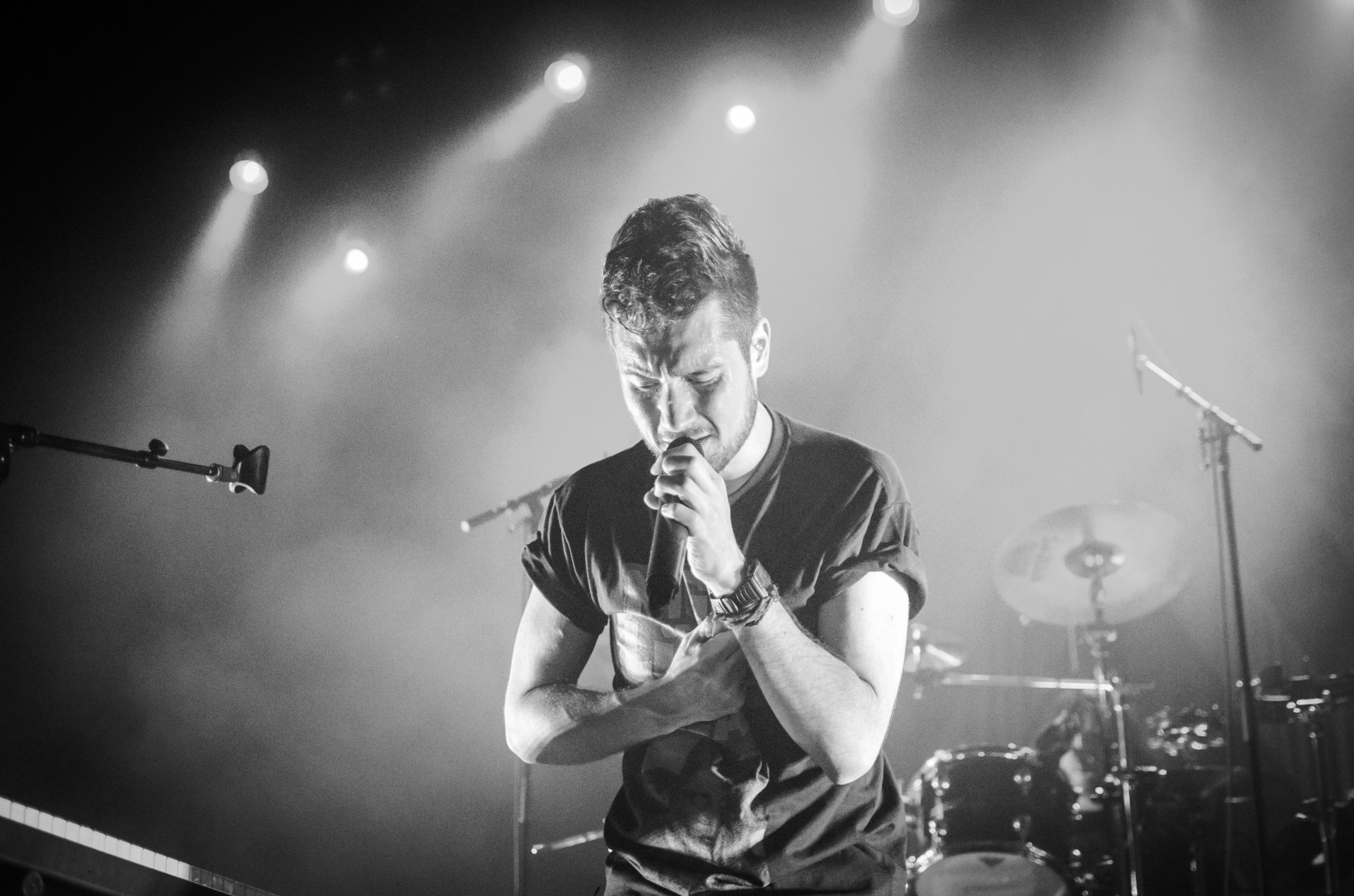 Bastille returned to Austin, TX to play Emo’s on April 25 for their U.S. tour with To Kill A King. The first U.S. show they ever played was during SXSW 2013.

If you haven’t heard their single “Pompeii” by now, you’ve probably been living under a rock. The infectious drums and sing-a-long “eh eh ohs” are known around the world. Debut album Bad Blood peaked at number 11 on the Billboard 200 charts and number 1 in the UK.

Since then they have exploded in the music world, and a year later have returned to the U.S. to share their success. Read the story below and see all of my photos from the show here.

This show was special to them for several reasons, one being that it was their first time back to Austin since their first show at SXSW. In a year’s time, they went from playing to a few dozen to a sold out show of 1,500. From their high spirits I could tell they were excited to be back in the city that started it all. They delivered a satisfying hour and a half set concluding with “Pompeii,” and joined on stage by To Kill A King for added vocals and drumming.

The energy in the crowd ignited on the first note of every song, as each person heard “their song” performed live. The most memorable part of the performance was frontman Dan Smith’s unyielding energy combined with the pitch perfect harmonization among the band. It’s one thing for a band to produce a great record, and another thing for them to perform it live, sounding even better than the record.

I didn’t think the night could get any better until Smith ran around the venue singing “Flaws.” Where I was standing in the back, I couldn’t find him in the crowd until he was right next to me, dancing on the bar. It only got better from there with their performance of “Of the Night” during the encore. Everyone in the audience followed Smith’s instructions when he told them to get down, bouncing until the chorus hit when everyone exploded with energy, jumping up and down and side to side, filling the venue with genuine joy and elation. It felt like nothing else in that moment mattered because everyone was there for the same reason, sharing the same energy and the same emotions.