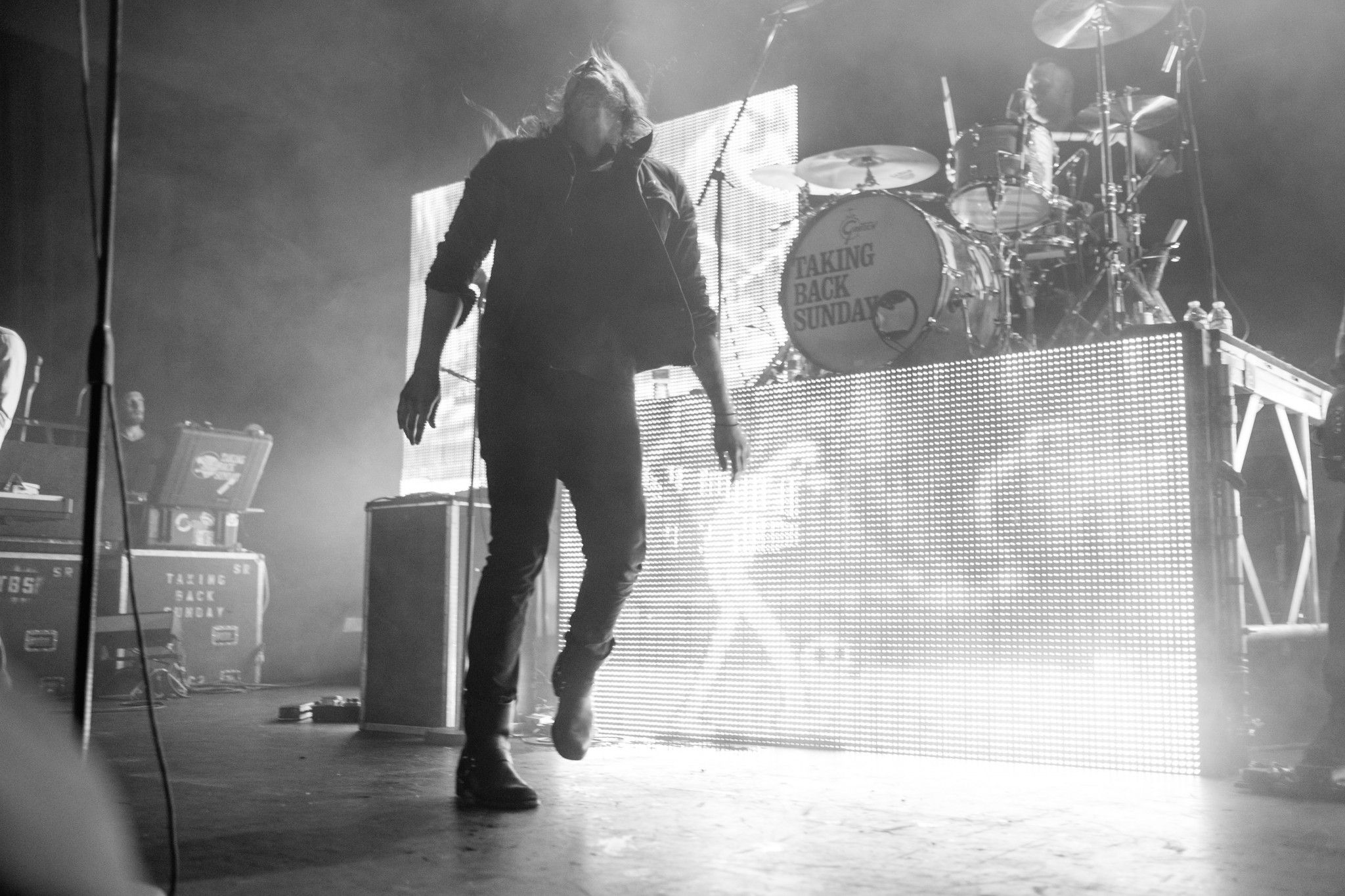 Taking Back Sunday stopped in Austin, TX at Emo’s on Feb. 20 for a night of high-energy rocking. The Menzingers and letlive. opened the show. Click the photos below to see more of each band or go here.

The Menzingers  have been around since 2006, but are making the rounds in the pop punk scene since the release of their last album Rented World in 2014. They brought the energy to the sold out show, jumping all over stage and getting the crowd pumped up for the night.

letlive. has been on my bucket list to see for awhile now. I’ve heard stories about their reckless, insane, energetic show, but I was not prepared for the reality of it. Before the first song was over, Jason Butler, vocalist, jumped off stage and made his way through the crowd. Unexpected fans searched for him eagerly, and those lucky enough to be near him screamed along to the song, while others took selfies or watched on with smiles from ear to ear. The rest of the set continued with manic actions from Butler, breaking a lamp on stage and climbing speakers all while fervently singing and screaming lyrics. The rest of the band, feeding off each others’ energy, supported him with solid instrumentals. The set was truly a spectacle that is bound to be unique every night.

Finally it was the time of night fans had been waiting hours for. Taking Back Sunday took the stage and wasted no time to get straight to rocking, which they did a lot of that night. It was clear many of these fans have been waiting a long time to see Taking Back Sunday, who for many, could be called their favorite band. There was not a soul in the crowd who wasn’t singing every word. It is always a pleasure to see a veteran band deliver a performance with precision and passion from years of touring.