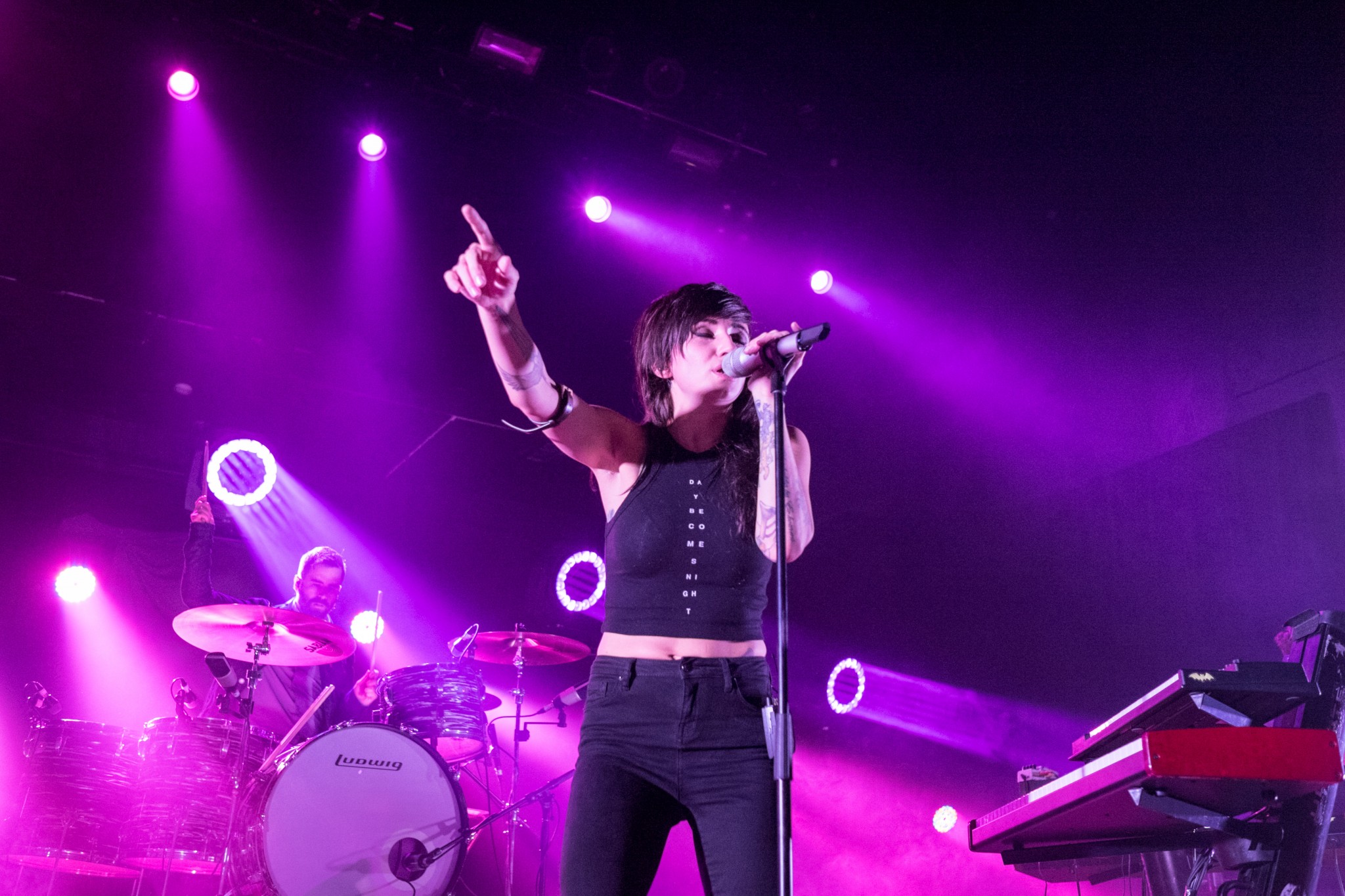 Lights stopped in Austin on Feb. 21 at Emo’s as part of her Little Machines Tour across the U.S. It has been years since the last time she has played in Austin, and the fans made it count. All photos from the show can be found here.

Although the show was not sold out, fans of all ages still packed the house for an evening of singing and dancing. X Ambassadors, opening the show, showed off their rocking talent. They brought their all and left nothing behind, passionately delivering each song with vigor.

Lights took the stage at 9:00 p.m. to a roaring crowd, starting it off slow with an intro to “Muscle Memory,” quickly picking up the pace for this retro-dance anthem.

Lights delivered an hour and fifteen minute set filled with songs from Little Machines as well as old favorites from Siberia. Her loyal fans soaked up every second of it, giving back the energy she put into her performance. Trading keyboard for guitar throughout the night, she never missed a beat.

Song after song, Lights upheld her electric energy that radiated throughout the room. Her genuine happiness to be playing to the crowd in Austin was matched by adoring fans signing every word back to her like nothing else in the world mattered. And Lights even took the time between songs to address that state of mind – she realized the importance of living in the moment and appreciating what you have here and now. The message is translated in “Running With the Boys,” which emulates the innocence of the carefree mind of a child.

Lights killed the set, going above and beyond vocally. Her albums display her songwriting and lyrical skills while her smooth voice to bring it to life. Where many singers fall short live, Lights pierces the show with powerful projecting vocals that shine through the smokey room. It is an impressive and extraordinary feat to have an artist so well-rounded in every aspect of performance from musicianship and vocal clarity to endurance to crowd captivation and entertainment.

Halfway through the set she slowed it down for a solo love ballad on her piano, and fans came together in appreciation and admiration. The rest of the night was a high-energy dance party until it was over all too soon. Giving a full-force finale of “Up We Go” and “Oil and Water,” Lights said goodbye with nothing but smiles and love for the Austin crowd, and the promise to come back soon.