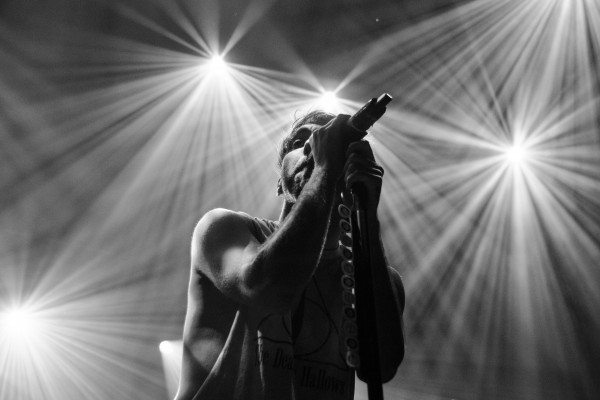 Future Hearts Tour stopped in Austin, TX on April 29 at ACL Live’ infamous Moody Theater. State Champs, Tonight Alive and Issues opened the night for All Time Low. All photos can be seen on Flickr.

Starting the show, State Champs brought the energy to the stage, jumping around and head banging across the stage, never standing still. Fans reacted by cheering and jumping, giving the same energy back to the band. Singer Derek DiScanio slowed down the set for one song, performing “If I’m Lucky” solo on acoustic guitar. Fans got out their phones and turned on their flash lights to light up the Moody Theater. Fans roared as The New Yorkers ended the set with 2013 hit “Elevated” before handing the stage over for Tonight Alive. 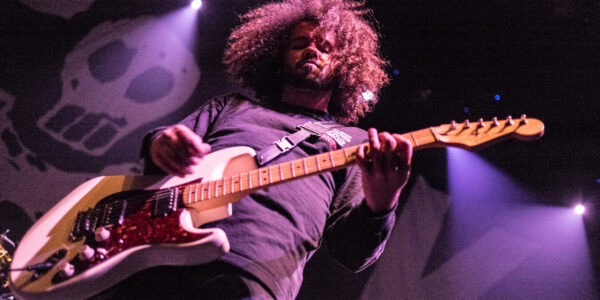 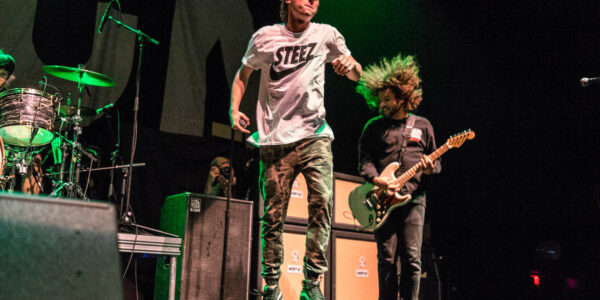 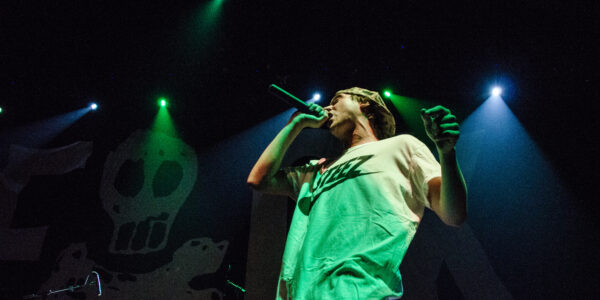 Tonight Alive delivered an impressive pop-punk set. Jenna McDougall’s vocals ring out in a surprisingly clean and powerful tone, giving a unique face to the music. The band came on stage in all smiles, and remained that way throughout the set. Half way through the set, McDougall made the crowd repeat after her: “From this day, I refuse to live in fear of someone else’s judgement.” After several repetitions, she dedicated the song to the crowd before jumping into “What Are You So Scared Of?,” a 2010 release. From her delivery and the reaction of crowd, it was clear this song meant a lot to her and to Tonight Alive fans. Before the end of the set, she asked in her Australian accent, “Is anyone else feeling that good energy in the room tonight? It’s running through me.” The crowd cheered loudest of all, pushing the energy back at her before Tonight Alive ended the set with “The Edge.”

After signing to Fearless Records in 2010, Tonight Alive has gained huge popularity among pop-punk fans. At this rate, they are sure to stick around for awhile longer. 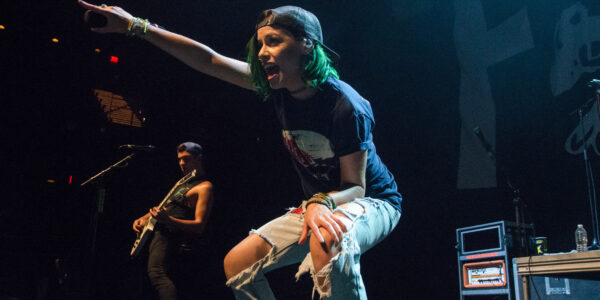 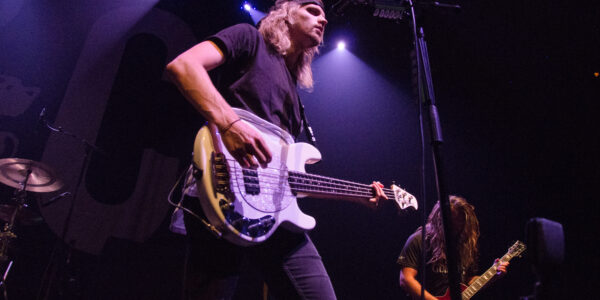 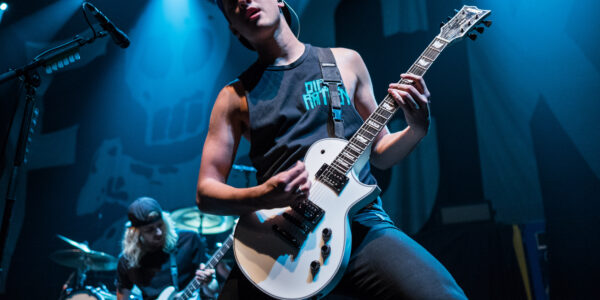 Issues continued the hype, brining hardcore to the otherwise pop-punk show. Clean vocalist Tyler Carter and unclean vocalist Michael Bohn ran around stage, taking turns singing and screaming. Bassist Skyler Acord was an impressive whirlwind of head banging and jumping, never standing still for more than a second. At one point, Bohn asked to see a circle pit, but with Austin’s laid back mentality, it was hard to tell whether that was a reality or not. 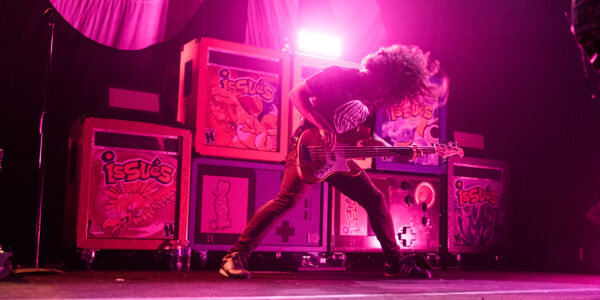 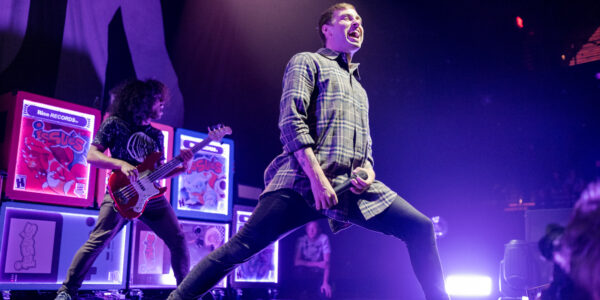 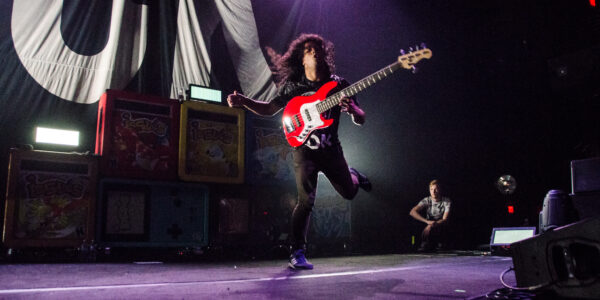 The Future Hearts Tour production was bigger than anything All Time Low has done in the US before. Their stage set-up and lights show surpassed their previous productions. While Moody Theatre feels like an intimate venue, the stage still powers over the audience. Banners hanging from the ceiling, several stories high, served as the backdrop for the show. During song changes, the top layer fell down to reveal a new layer with a new image, featuring images like the Future Hearts cover and the band members. All Time Low are known for their lights show. And thanks to their light engineer Jeff Maker, the light show went above an beyond, swallowing the stage in colors from green to red to purple and white. 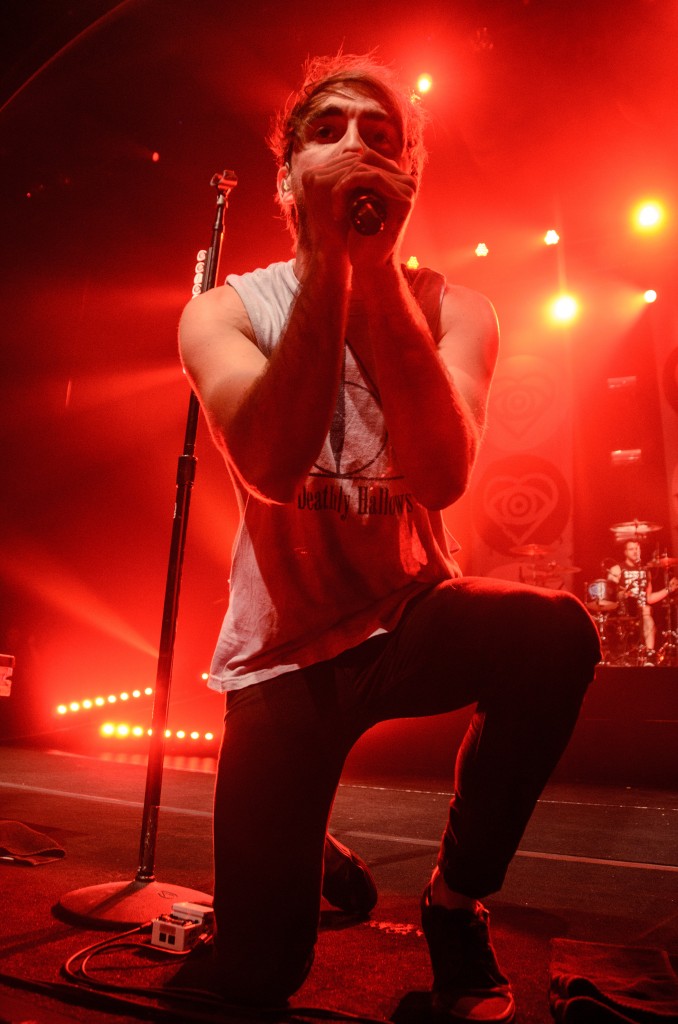 For just having released Future Hearts, All Time Low’s setlist was surprisingly typical of the band. Opening with “Satellite,” the set featured only four other songs from the new album – “Runaways,” “Missing You,” “Something’s Gotta Give,” and “Kids in the Dark.” The rest of the set was filled with all of the usual hits and fan favorites like “Weightless,” “Damned If I Do Ya,” “Lost In Stereo,” and “Six Feet Under the Stars,” among others. And of course it wouldn’t be an All Time Low show if they didn’t close with “Dear Maria.” As of April 21, it was announced that “Dear Maria, Count Me In,” So Wrong, It’s Right (2008), is now certified platinum, despite never receiving radio play. This comes after the news that “Weightless,” Nothing Personal (2009), went gold in Nov. 2014.

Despite the average setlist, All Time Low delivered the same, lively and fun set as always, interspersed with comical commentary from singer Alex Gaskarth and guitarist Jack Barakat. Bras, letters and hats were thrown on stage as gifts for the band. All the while, fans sang their hearts out, and jumped at the opportunity to be pulled on stage during “Time Bomb.” There was so much love in the room from and for the band, that there wasn’t a soul in the crowd that didn’t go home satisfied.

Austin, you crushed all my expectations tonight! So good; Like sex n' candy.. And other Marcy's Playground songs. 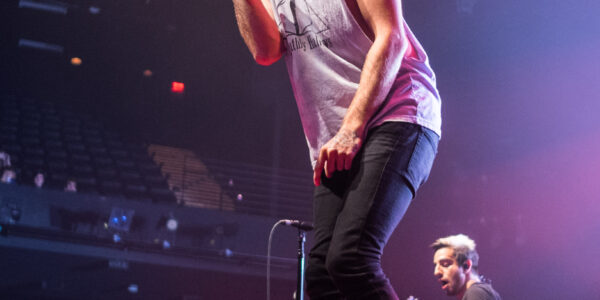 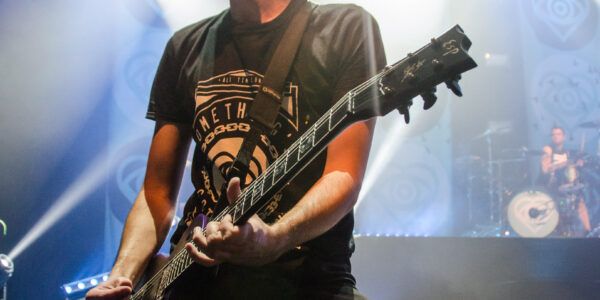