Conversations with Lostboycrow: A Letter from the Traveler 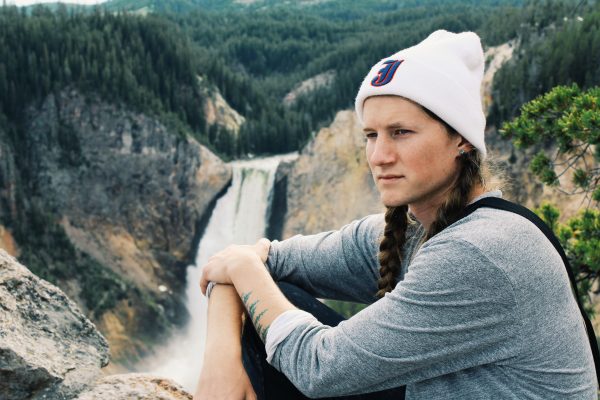 The following is a letter dated June 14 from Lostboycrow as he traveled through Montana. He wrote PopPunkPlease from the road to reflect on being a traveler, and to give us some insight on “The First Legend” of “Traveler“.

I am writing this from a Holiday Inn Express on the outskirts of Billings, Montana. The Largest city in the state (with I believe a little over one-hundred thousand residents) and currently home to my most pensive thoughts as I traverse farther and farther away from the perfect routines of my Sherman Oaks Apartment in Los Angeles, and deeper into the familiar expanse of rolling hills and open prairie. I am in Big Sky Country now – and I can’t think of a better place to be.

Despite the howling breeze that sings of storms to come there is a stillness to reflect. Gas stations and every fast-food combination stretch across the 90 headed east. Miles marked by exit signs and eight-hundred numbers for Jesus ; all is swallowed by the vastness of the land leaving only my imagination in tact. It is a dreamers sky. Full of unfinished stories and unwritten songs.

As I continue east in the afterglow of my most recent release, “The First Legend,” I am at home amongst the sea of tall grass and sage that whisper with adventure in the wind. It is the birthplace of songs like “Adolescent,” “HiyHiy,” “Start Something,” and a place that ‘Traveler’ has gathered much from as I embark on this next chapter. Sonically…lyrically…visually… It’s good to be back. Back and moving forward on the road to somewhere.

It’s funny how things can come full circle, and I’ve found so often do in songwriting. In the fall of 2014 I recorded four songs with a great producer who would later become an even greater friend, Dylan William. Those songs ? “Good or Bad,” “Adolescent,” “HiyHiy” and “Nobody Knows.” The latter spending most of its life in buried inboxes and private SoundCloud links until I began to carve out “The First Legend.” As I finished songs like “Verona” and “Traveler” it became clear to me that the first part of this album was meant to capture the unwavering even defiant bravado of newly discovered feelings. And chasing them to whatever end. “Nobody Knows” was the perfect anthem for the middle of a good adventure. Still lost in the certainty (and sanctity) of romance and running happily toward the unknown.

The unknown. Where the real magic lives. From the palms of Ventura Blvd to the ancient pines of the Black Hills, it breathes life into art. As I’ve continued to write this album I’ve learned to embrace it. The Unknown. To offer up my story to the music and listen. What does the song want to be? I am just a conduit, a conductor of energy. I am a storyteller. A good song – a true song, will make itself known when we embrace the fact that it could take us somewhere we had not planned to go. I think that’s the basis for the whole project and really been my method throughout. Not only in song but relationships as well.

It’s so strange when you can’t stay

In the same place catch me riding

Upon that wave when it breaks

I won’t wait I’ll keep trying to find my 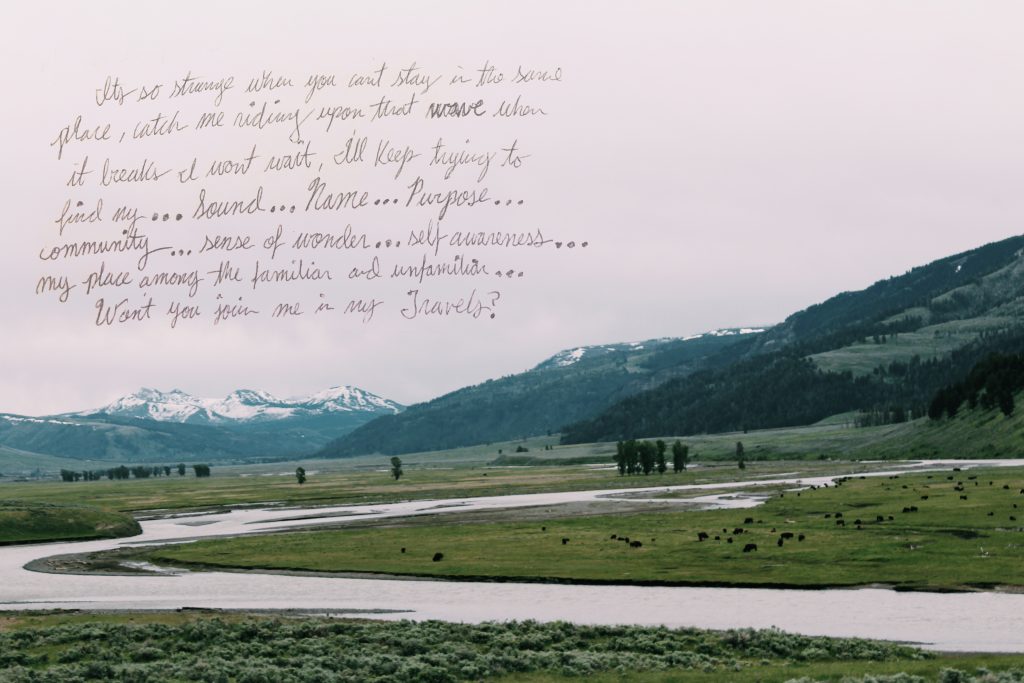 Photos by Lostboycrow in Billings, Montana.

Lostboycrow also released an acoustic video for “Nobody Knows” on Monday.