October 15, 2013 Comments Off on The 1975: Anything But The 70s Album Reviews, Indie Artists, New Music, Uncategorized  Like

Ask anyone about UK band The 1975 and you’ll hear the same thing from everyone: they are going to be the next big thing in music.

They’ve already taken over the alternative genre, and now the world.

The 1975 has been so successful in the UK that they played iTunes festival on September 8. In the United States, they made their first appearance at SXSW 2013 in Austin, TX. Since then they toured parts of the US in support of The Neighbourhood. This coming fall they are touring parts of the US again as a headliner act. (Tour dates here.)

The 1975 released their first self-titled album on September 3. It features popular songs “Chocolate” and “The City.” But the real surprise is the rest of their album, because their sound is so unique to them. It’s unlike anything else in today’s indie genre.

A prominent part of their basis takes sounds from 80s R&B artists and rock bands, which were a heavy influence in their teen years, and can be heard throughout the album.

Mathew “Matty” Healy, lead vocalists, described the album as a part of their life. The songs reflect a certain time in their lives.

Several of the songs feature lyrics that are actually a conversation between people. This is a style of writing that surprised me because I didn’t realize the frequency of these lyrics and the manner in which they were written, which is very subtle.

Title tack and intro “The 1975,” along with “An Encounter” and “12” are lyric-less instrumental riffs that, to me, feel like an idea in time, a happening, a soundtrack. They stand on their own without relying on the album to carry them, while at the same time connecting the songs on the album.

“Menswear” could also be considered alongside these songs, but lyrics surprisingly enter half way through the song. The lyrics, though, are solely a conversation stopped in time, which reinforces the idea that these songs were written about specific events in their lives.

‘Well I only brought 3, what you lookin’ at me for?’/ She’s dressed in white and putting off crying/ ‘Well you’re the best man, so what’s the plan?/ Why don’t you talk to Matty about it?’

Another point about their lyrics that impressed me is that they have a strange elegance about them. The obscure vocabulary Matty includes in the lyrics is unforseen, when considering the simple and shallow lyrics of some of today’s artists and bands.

“Talk!” features the lyrics “Passing grammatical mistakes/ Totally wrecked and polemic in the way he talks/ Vocal sabbatical – delayed by churning out the same,” which caused me to do a double-take rewind of the song upon first listen.

Being from England, Matty has a very distinct accent when he sings (unlike other English artists who sing with an American accents). Although the lyrics are utterly unrecognizable at times, it does not discredit the band. Instead, it’s another factor that gives them personality.

(Side note: I highly suggest listening to the album while reading along with a lyric booklet or with the Internet’s aid. From personal experience, I can tell you that  the songs have different and deeper meaning when you can understand the lyrics.)

In most ways, the album defines The 1975 and gives them a style to call their own. There are more of the poppy guitar pickups and melodies, like in their first radio hit “Chocolate.” But that is not to say all the album sounds like one 30 minute song. Some of their songs have melodic or harmonic ideas in common, which connect the album and gives is continuity.

My only objection is to “Is There Somebody Who Can Watch You.” The slow and raw piano strip-down, accompanied by Matty’s vocals, closes the album with emotion. However, I wish that the song had more of a structure to it, because it feels almost free-styled. This is not to discredit the song, but I think for this album, a stronger statement would have worked better to close the album.

I love the raw passion in the album. The 1975 is not trying or pretending to be anything they’re not. This album is how they felt and how they were in a certain time and place in their lives when they wrote these songs. They’re not seeking acceptance from any record label or audience. There’s no management telling them how to sound or how to look. They are where they are today from simply being themselves, and their talent and innovative musicianship definitely doesn’t hinder them. 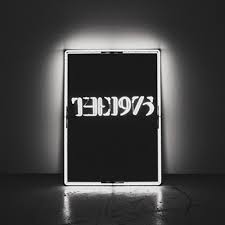 Like Album Reviews, Indie Artists, New Music, Uncategorized The 1975: Anything But The 70s