March 4, 2014 Comments Off on SXSW To-Dos and Must-See Bands Festivals, Uncategorized  Like

This year I’ll be attending Austin’s very own South By South West music conference from March 11-16.

Showcases, parities, official, unofficial, free- it’s going to be insanity, but I am going to bring you coverage of photos, reviews and videos.

If you’re a newcomer or just looking for something to do in town during the chaos, but don’t know where to start, I suggest checking out Waterloo Records’ free day shows. In the past, they’ve hosted names like FUN., Tegan and Sara, Macklemore & Ryan Lewis, and Twenty One Pilots. 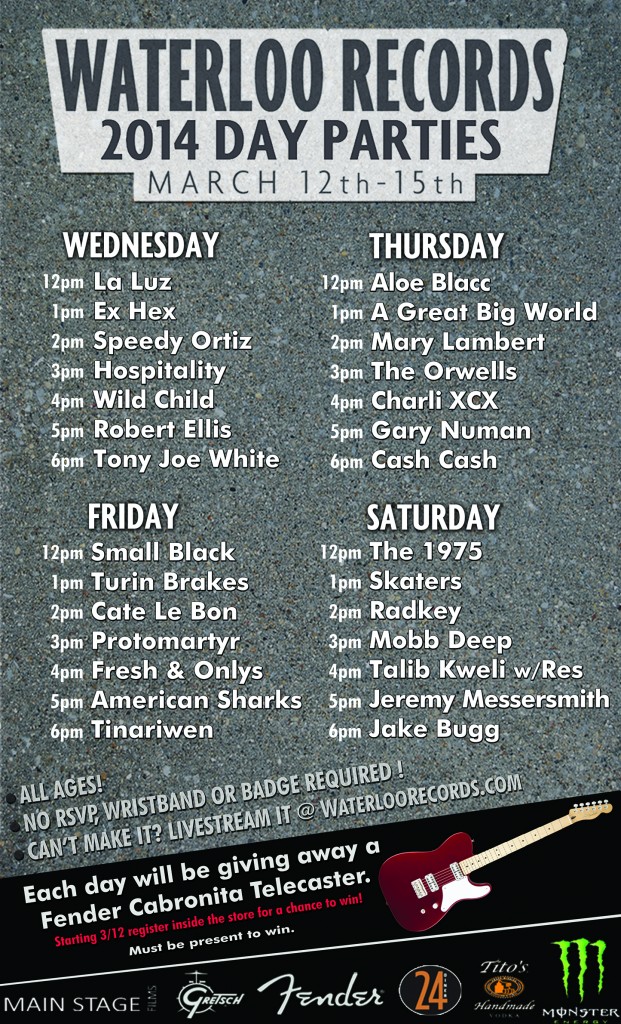 Another one to check out is the House of Vans hosted at Mohawk.  They’re partnering with other companies to bring you a wide variety of showcases and bands from punk to hip-hop.

Foster the People and Childish Gambino, among others, are also playing FREE shows at Butler Park. Information can be found here.