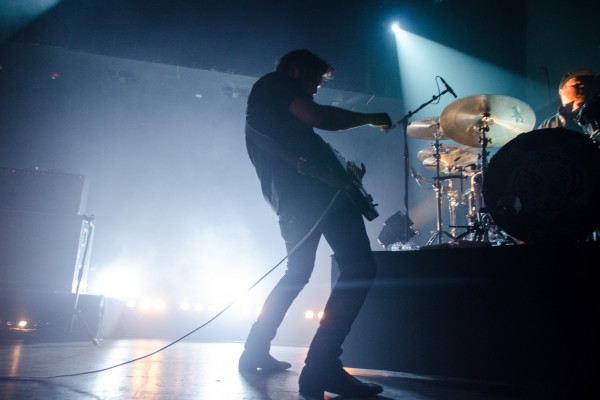 It’s one thing to hear someone say, “Oh my god. That band was amazing live!” and another thing entirely to experience it for yourself. This is what I had been hearing about Royal Blood for some time now. I was looking forward to seeing them play at ACL, but as the schedule gods would have it, I couldn’t make it to their set on Friday of either weekend at ACL. I was fortunate, however, to be able to photograph them at their Official ACL Late Night show on Oct. 3, and let me say, “Oh my god. That band is amazing live!”

Royal Blood are one of the few bands I’ve ever seen perform at such a high level. In the first half of the set it was very obvious both singer and bassist Mike Kerr and drummer Ben Thatcher are talented musicians. They were executing heavy bass riffs and drums fills with perfection. In fact, it sounded more perfect than the album with the added surround-sound effect of the bass drum thumping in your chest and the electric riffs making the hairs on your arm stand straight. The sound produced by the two musicians was overwhelming, overtaking every corner in Emo’s, threatening to knock the walls down. It’s a wonder at festivals that their sound doesn’t magnetize every passing patron, drawing them into the electric energy. 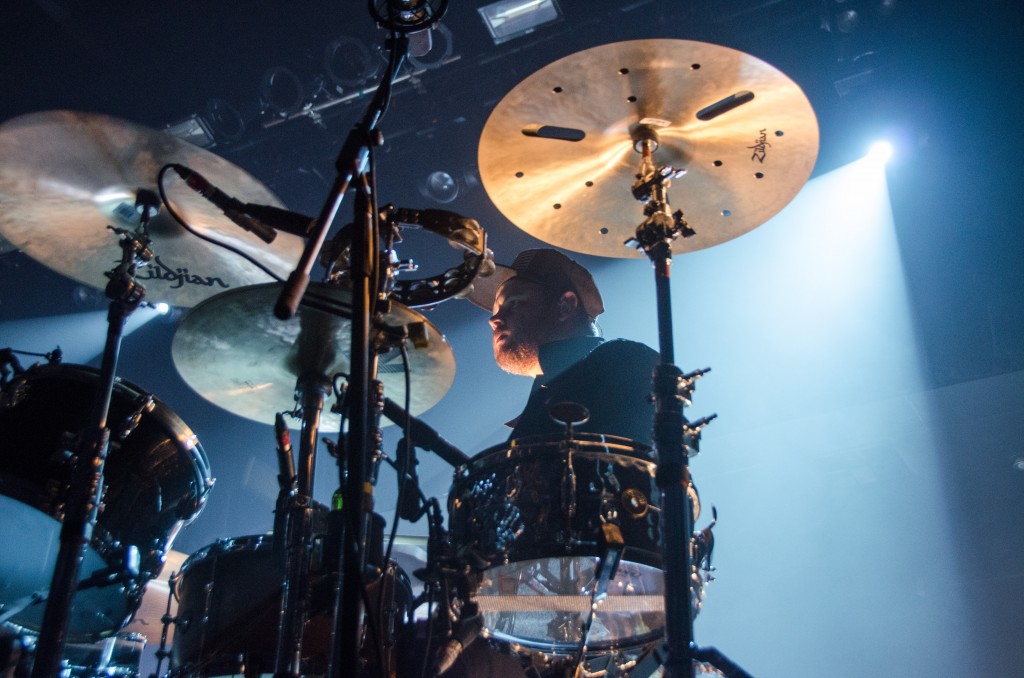 I told myself I was going to leave the show early since their set started at 12:20am, but every song on the set list was better than the previous, convincing me to hear the last second. I felt like I was watching a set of Royal Blood’s greatest hits.Their 2014 debut, self-titled album is incredibly well written, so much so that any song on the album could very easily be a radio single or even a hit song. “Out of the Black,” “Little Monster,” “Come on Over” and “Figure It Out” all made it to radio release.

The second half of the set was elevated by Kerr and Thatcher’s performance and audience interaction. Thatcher, who remained mute throughout the set, methodically chewing gum and smashing drums, stopped drumming for a song to crowd surf, a ritual at every show, while Kerr continued to shred heavy bass lines. Kerr took his time sizing up the audience and yelling at different sections, awaiting praise as if the audience had to prove they wanted Kerr to give the performance of his life. Although Kerr remained impassive to the crowd’s cheers, he said “I’m going to try something I haven’t done before,” and continued to race his fingers across silver-plated bronze strings.

What exactly he was referring to is uncertain, but I am sure he poured his soul into his playing from that point on. I was left speechless, soaking up every second of every note flying off Kerr’s guitar, the sound reaching dangerously loud levels. It was very clear Kerr was not just playing the music anymore, he was pushing limits on his abilities and on the music, driving it to new heights. It takes a lot to be a good performer, but it takes more to challenge yourself to take those leaps on stage. Royal Blood is training to headline festivals, and every show is practice for the next stage.