August 21, 2015 Comments Off on Across the Pond: Q&A with Wolffe – “Shoot You Down” Music Video Across the Pond, Indie Artists, Interviews, New Music, Pop Artists  Like

Across the Pond: Q&A with Wolffe – “Shoot You Down” Music Video 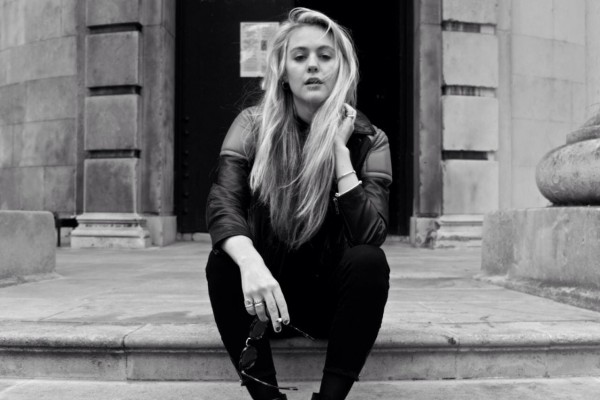 This post has been updated for the Across the Pond series.

Wolffe’s powerful and sonorous voice tease listeners with sweet raspy melodies while also delivering a fierce, piercing chorus on her latest single “Shoot You Down.” The music video, shot in New York, is as haunting and mesmerizing as the song itself.

London-based artist Wolffe was discovered by her manager last year after a recording producer posted 10 second videos on Instagram of her singing in a studio session. Now singed to Rocket Music Entertainment Group, co-founded by Elton John, Wolffe is writing and recording music, and has already released her first music video, which she also co-directed, for “Shoot You Down.”  I caught up with Wolffe via email to discuss her inspirations and working on the music video. Read the interview below.

The interview has been edited for clarity and brevity.

How did you get your start in music?

Last year I got found on Instagram by my management and since then I’ve been working with Rocket. Before that I was in a couple of different bands, writing a lot of band songs and doing a bit of touring. I started out writing. To be honest I never thought I was a singer until I was about 17 or 18 when I was like “why don’t I try singing this” and I guess it went from there. I moved to London, enrolled in art college, dropped out and continued grafting!

How would you describe your music? What inspires you?

Pop-noir. It’s dark indie dream-pop. I’m inspired by everything – films, books (I read a lot of books), men, love, my fear of death, my fascination with religion, stories people have told me. Anything. I find it hard to write happy songs which I’m learning to get over. Considering I’m one of the happiest people, I let all my sadness and anger out through my lyrics (is that cliche?).

What artists have influenced you?

How did you come up with the concept for the music video?

When I wrote the song, I had a very strong idea in my head about how I wanted it to be shot. I wanted it to be filmic and seedy and dark. I was so lucky to have a group of amazing friends in New York who shot, co-directed and acted in the film. Every location you see was either a friend’s bar or a friend’s bedroom, so it was all very close to home. We filmed on the coldest day of last year in December. I was in charge of whisky provision to keep morale high!

You make a cameo appearance in the music video. What was it like filming on set?

I did – only because I wanted to retain a filmic aspect to the video and let the story come out through the actors as opposed to playing the lead role. I really wanted to co-direct the video for “Shoot You Down” as I had such a strong idea of what I wanted. I was definitely happiest behind the camera, holding the whisky bottle.

What can listeners expect from you next?

Right now I’m locked up in the studio, lucky enough to be writing tracks with some really talented producers and writers. I’m working on an EP which I hope to have out in early Spring 2016. But there will definitely be more music arriving on my Soundcloud in the next two months, so you can follow me if you like “Shoot You Down!”