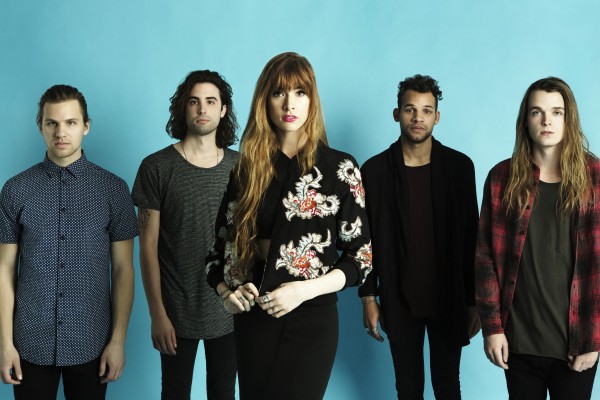 Riding high from “Circles'” success with 1.6 million plays on Spotify, machineheart’s vocalist Stevie Scott says it is just the tip of the iceberg for them. The band looks forward to touring and sharing an album later this year. On the way to start their summer tour, I chatted with Scott from Tucson, AZ.

This interview has been edited for clarity and brevity.

How did you get started in music?

We’ve all been doing music since we were kids pretty much. Carman and Trevor have been playing since they were teenagers, and then we met a couple years ago. I was doing another project and the boys were doing other various projects. When we met, we kind of clicked. I had never been in a band before.

Being from various backgrounds and working with different sounds, how did you collaborate to end up with machineheart’s sound?

That’s the beauty in a band, I think. People come together with different backgrounds and experience in music. I think that’s what really give machineheart its sound. I come from British-loving Anglophile kind of thing. I love very ethereal stuff. The boys come from Seattle and have that more rock ‘n’ roll front like Nirvana and Radiohead. Together it feels good and right and special. Someone actually recently referred to us as an intergalactic take on Fleetwood Mac, but I love that.

You guys are from L.A. That’s a place that has always been a culture capital for musicians. How do you like it?

Everyone there is creating. Everyone is doing something in the entertainment industry. I think it really inspires you and challenges you to really do your best, because there’s so many talented people – not in a competitive way to beat someone out to take their place. We always just try to compete with ourselves – try to have a better song, a better show than our last one.

With so many indie and alternative bands coming up right now. How do you differentiate yourselves?

We didn’t start with the idea that we wanted to sound a certain way, like “we have to be this alternative band.” I think that’s where we find a lot of freedom for ourselves. We didn’t have any requirements of what we were going to be. We just tried it out and it worked. We really liked that. Obviously with everyone having put in years of hard work, when we came together it was so easy.

Are there any artists you would ever like to collaborate or tour with?

Oh my gosh, yeah. I think everyone definitely has a dream list of who they would like to collaborate with. There’s the iconic ones, for me, like Stevie Nicks or Kate Bush or the musical artists that everyone looks up to. The boys love Dave Grohl. I mean the list goes on and on. That’s a good question. I’ll have to think about that.

You were just in Austin, TX for South By Southwest. How was it?

That was our first show in Texas. We had such a blast. We were talking about L.A. being a creative mecca. I think Austin is creative. There are so many talented people trying to get their music out there. We are grateful to be doing what we’re doing. There are hundreds of people just as talented as us or as passionate as us that are wanting to be doing what we’re doing. We are very thankful.

Machineheart just played Bunbury and you have Summerfest and Fashion Meets Music Fest coming up. Festivals are a different environment than touring. Do you prefer one or the other?

Festival are so fun and laid back because you play once in the day and then you’re done. You get to hang out with other friends or bands or bands you’re fans of. We get to listen to great music. I love the festival environment. There’s also fashion and all of the people there are so hungry to be inspired or to inspire. We definitely love festivals.

Is live performance an important aspect for you as a musician?

That’s probably what we consider our strong suit – more because of the energy we experience on stage and that exchange between the audience and us. It’s so special. It’s not how it used to be where everyone would go to shows constantly, but it’s a little more rare. So when fans come out to shows we want to give them an experience they won’t forget. It’s really magical. It’s not just a one way conversation but we really do feed off the energy. Fans singing those songs back to us is just as important. It’s more of a dialogue [than a monologue].

Do you have an albums in the works right now?

We do have an album in the works. It’s actually done. We just got out of the studio. It should be released sometime later this year. We’re very excited about that actually because we’ve only released “Circles” up to this point. We love playing and connecting with our fans but people are really going to be able to dig in so much more with the album and get a better taste for who we are. “Circles” is just the tip of the iceberg for us.

I personally can’t stop listening to “Circles.” It was at the top of the Hype Machine charts and it was on Spotify’s U.S. Viral 50 playlist. Did you expect that kind of reaction?

No. It’s just so exciting when something connects with people. Obviously that’s what we hope for as a band. That’s why we do this. It’s really cool to see it happen. It’s kind of fun too to watch the little number count go up online. To see numbers and actually be able to equate that to people now when we play shows and people are singing along with us, that’s when for us it really hits home.

Catch machineheart on tour this summer with Vinyl Theatre. 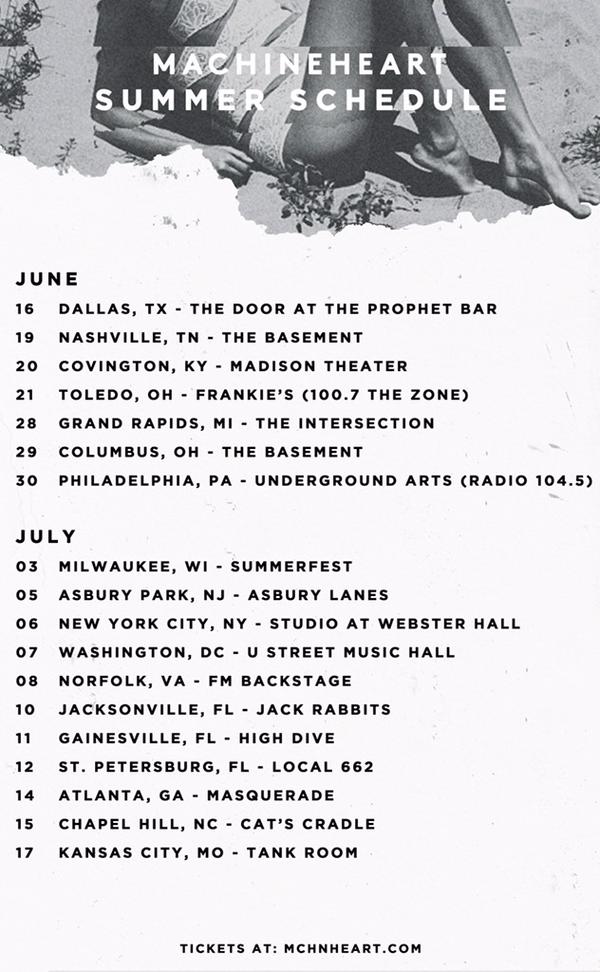