May 5, 2016 Comments Off on Foals creates a roaring thunder in Austin Concert Reviews, Photos, Rock Artists, Uncategorized  Like

In the middle of their US tour, Foals stopped in Austin, Texas, for a sold-out show on April 29. In many aspects, Foals’ live set is emotionally reminiscent of their latest album “What Went Down.”

All photos from the show can be viewed here.

The British rock group released the fourth studio album on Aug. 28, 2015. The album shows clear divide in the massive rock songs with heavy, building bass and guitar (“What When Down,” “Mountain at My Gates”) and the carefully crafted, poetic songs that let gentle guitar hooks breathe (“Give It All,” “London Thunder.”)

Friday night, Foals opened with “Snake Oil,” then “Olympic Airways” and “My Number.” With each song, the expanding instrumentals demanded the audiences’ attention. Interspersed throughout the set, “Give It All,” “Spanish Sahara,” “Late Night” and “A Knife in the Ocean” pulled back with a controlled energy that radiated through the room.

The calm buzz quickly turned to a roaring thunder during the finale of “Inhaler,” “What Went Down” and “Two Steps, Twice.” Yannis Philippakis, singer and guitarist, was overcome by the music, crowdsurfing, jumping from double-stacked speakers, and dropping to the floor – all without missing a note. Philippakis even left the stage a second time, not to crowd surf but deliberately headed to the bar for a beer before finishing the set. 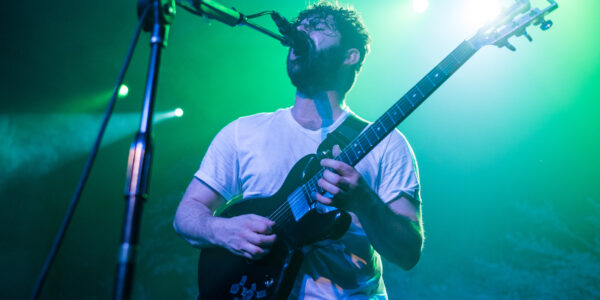 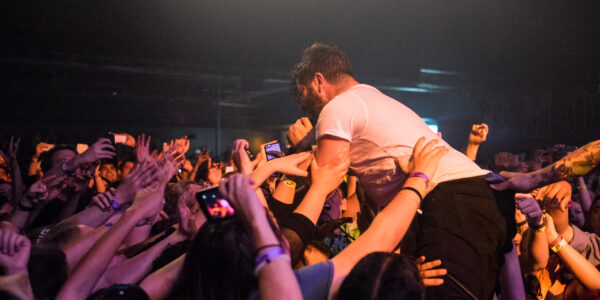 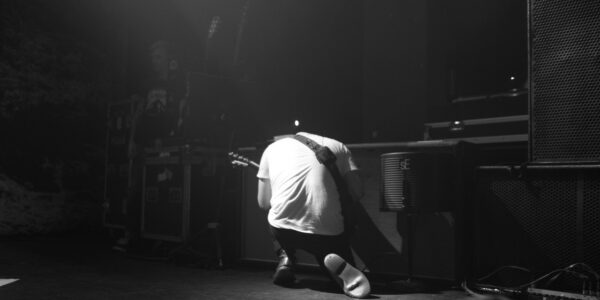