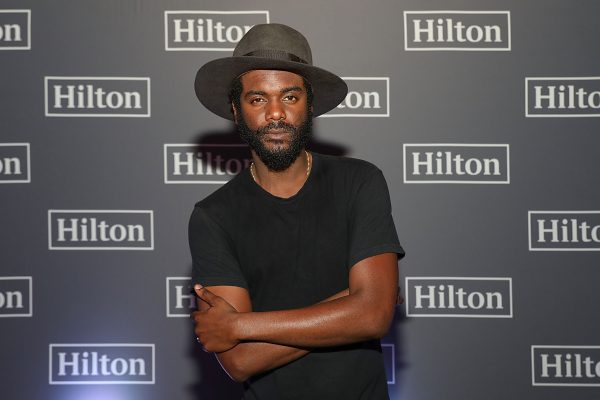 Tucked away in a private room at Hilton Austin, an invite-only crowd yelled, whistled and whooped in awe at a guitar solo lasting what felt like half a dozen minutes, and very likely was. The blues-inspired solo was wrought with such passion and precision that it could only be performed by an artist with years of mastery and a profound understanding for music. The artist – Gary Clark Jr.

Gary Clark Jr. performed at Hilton Austin on October 28, closing out the 2016 Hilton Concert Series, a show any music lover would jump at the chance to attend. Open to Hilton HHonors members, the mostly-adult crowd witnessed a legend in the making.

Ask anyone and they will say the same thing about Clark – that he’s good. Really good. But expecting really good and seeing it for yourself are two different things. Clark isn’t just really good. He becomes the music he is playing, overwhelmed by the rhythm and communicating only with the blues. The guitarist is a thoughtful performer. The music embodies him, speaking through Clark as if he is merely a tool in producing such effortless, powerful melodies.

Living in Austin, you quickly learn the list of Austin’s icons. It’s a short list, but a list that any true Austinite will boastfully brag about, as if they personally know every person on the list. (Willie Nelson, Matthew McConaughey, and Bevo are the legends.) Clark is arguably on his way up that list.

In 2015, Clark played a homecoming evening slot at Austin City Limits Fest, to tens of thousands of people, while simultaneously fortifying his golden spot on the list. Just a year earlier, Clark became a name among the Grammy’s, with a nomination for Best Rock Song and a win for Best Traditional R&B Performance for “Please Come Home.”

The Hilton Concert Series is a worldwide exclusive event for HHonors members to enjoy some of the best, current talent in music. Other performances include Tegan and Sara at Hilton Toronto, Halsey at Tokyo Hilton Odaiba, and Jason Derulo at Hilton San Diego Bayfront.

Gary Clark Jr. Closes Out A Successful 2016 Hilton Concert Series With A Private Show For Hilton HHonors Members And Fans In Austin 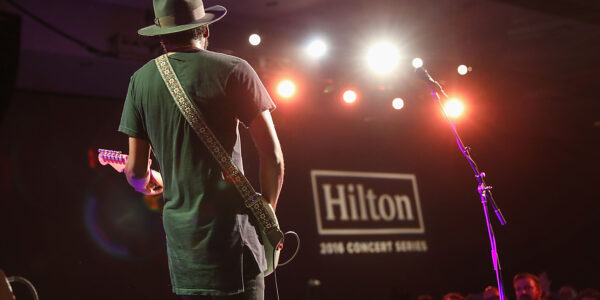 Gary Clark Jr. Closes Out A Successful 2016 Hilton Concert Series With A Private Show For Hilton HHonors Members And Fans In Austin