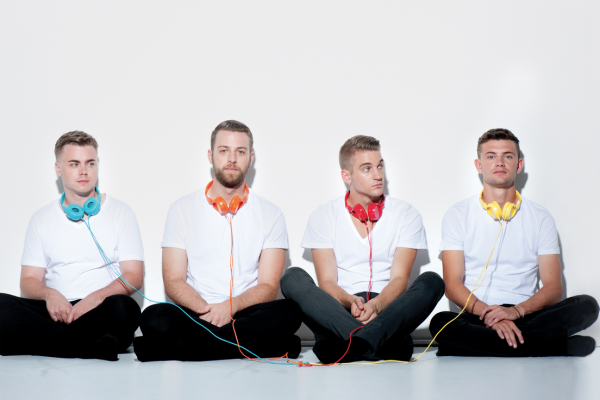 Magic Man’s spring tour is coming to Austin, TX on March 31, and they are bringing Vinyl Theatre and Great Good Fine Ok with them. The lineup is sure to make for a great show. Find out more about Vinyl Theatre and look for more coverage and photos coming next week!

Vinyl Theatre is an upcoming pop punk band from Milwaukee, WI. Taking a unique approach, Vinyl Theater released their album not on one day, but released individual tracks on SoundCloud over a period of weeks. Since fans would play the song non-stop, this strategy allowed each song to trend separately and reach bigger audiences.

The band bonded over their love for music and hope to share the same with their fans. Their sound is a mix of synth and electric guitar riffs accompanied by punk drum lines and sing-a-long lyrics.

Recommended Songs: If You Say So, Stay

The group toured with twenty one pilots last fall, are currently on tour with Magic Man, and will be joining Smallpools this spring. See a list of tour dates below.

May 05 – Cleveland, OH at Beachland Ballroom+

* on tour with Magic Man

+ on tour with Smallpools